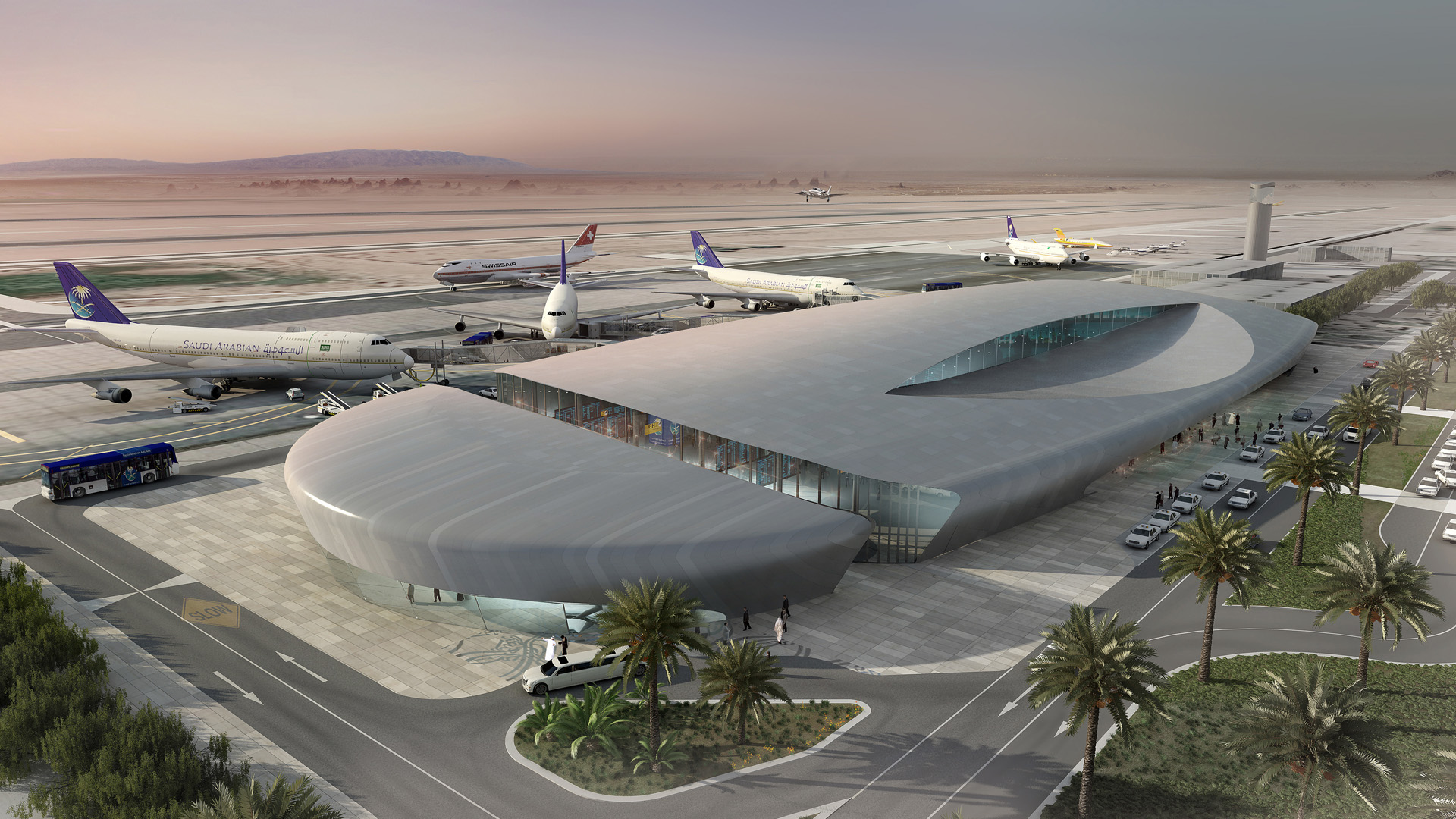 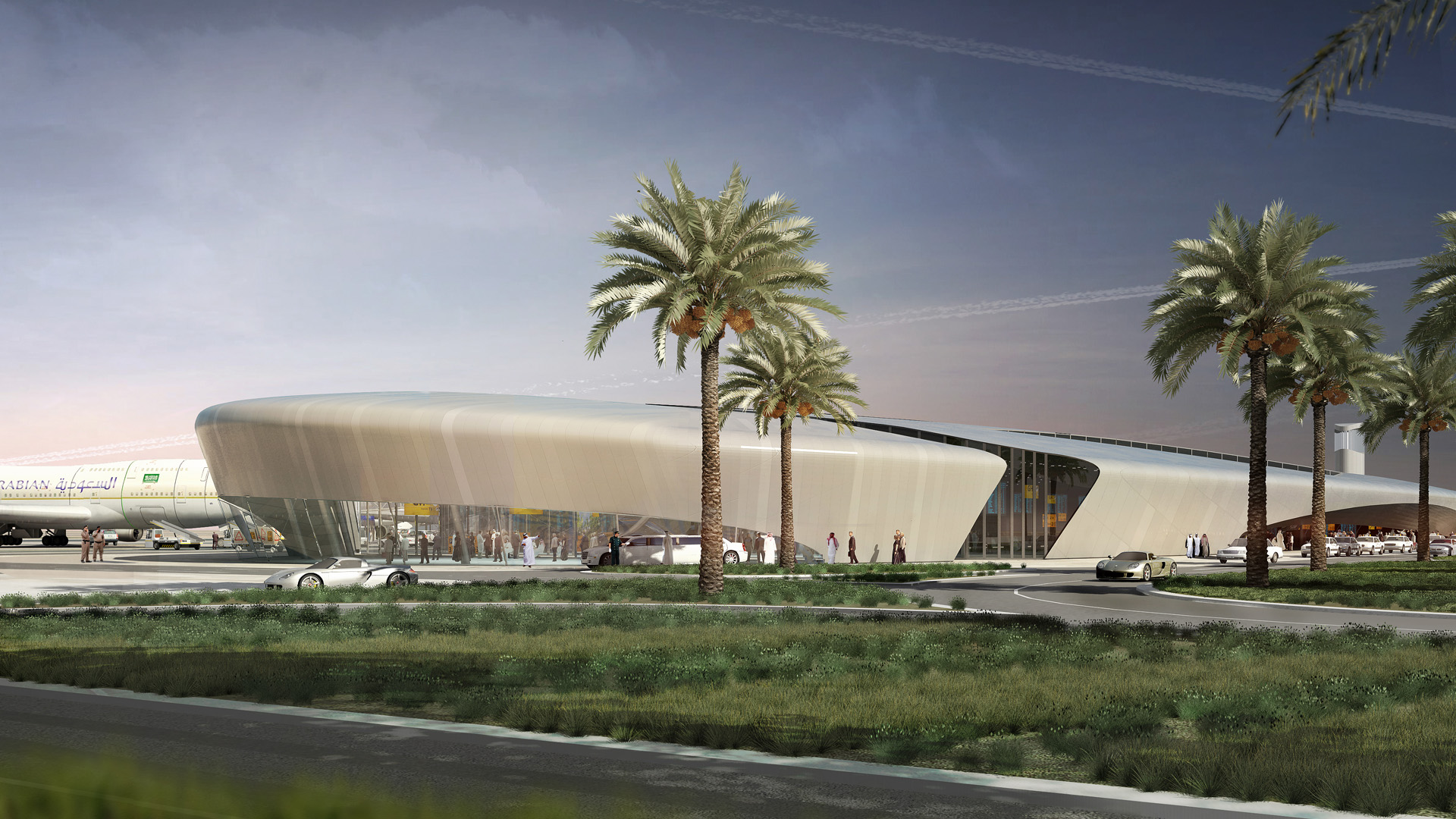 Construction of an international airport

The West Terminal has a large longitudinal hall along the main façade. Along this hall, commercial areas and a restaurant house can be found. They take advantage of all the passenger traffic.

The terminal building extends into a soft white hull, which covers both levels of the building. It is finely modeled to allow light to penetrate inside the building.

Particular care has been taken to ensure the climatic comfort of visitors:

The materials have been chosen for their contemporary character and durability (in particular their resistance to corrosive atmosphere).