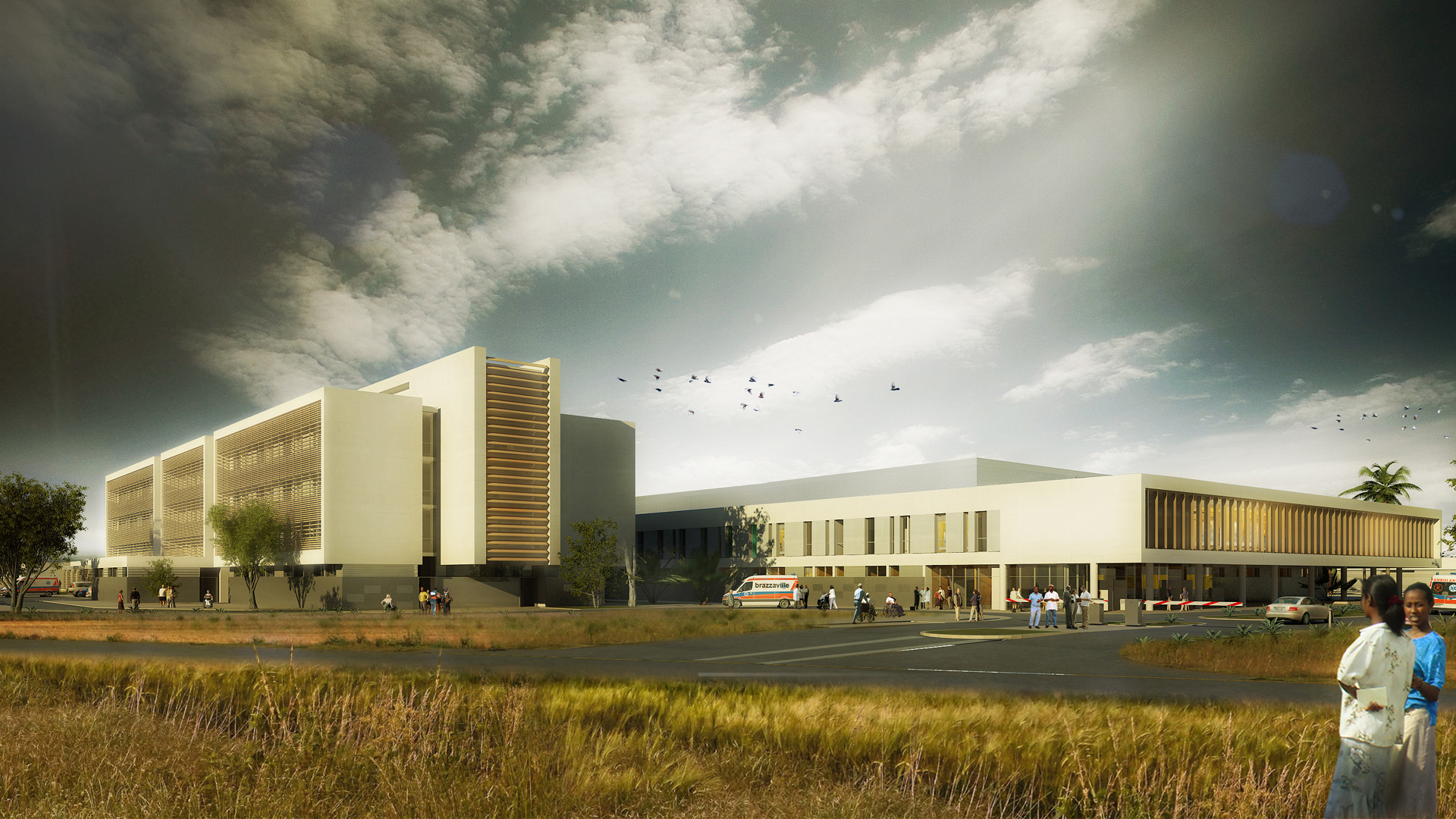 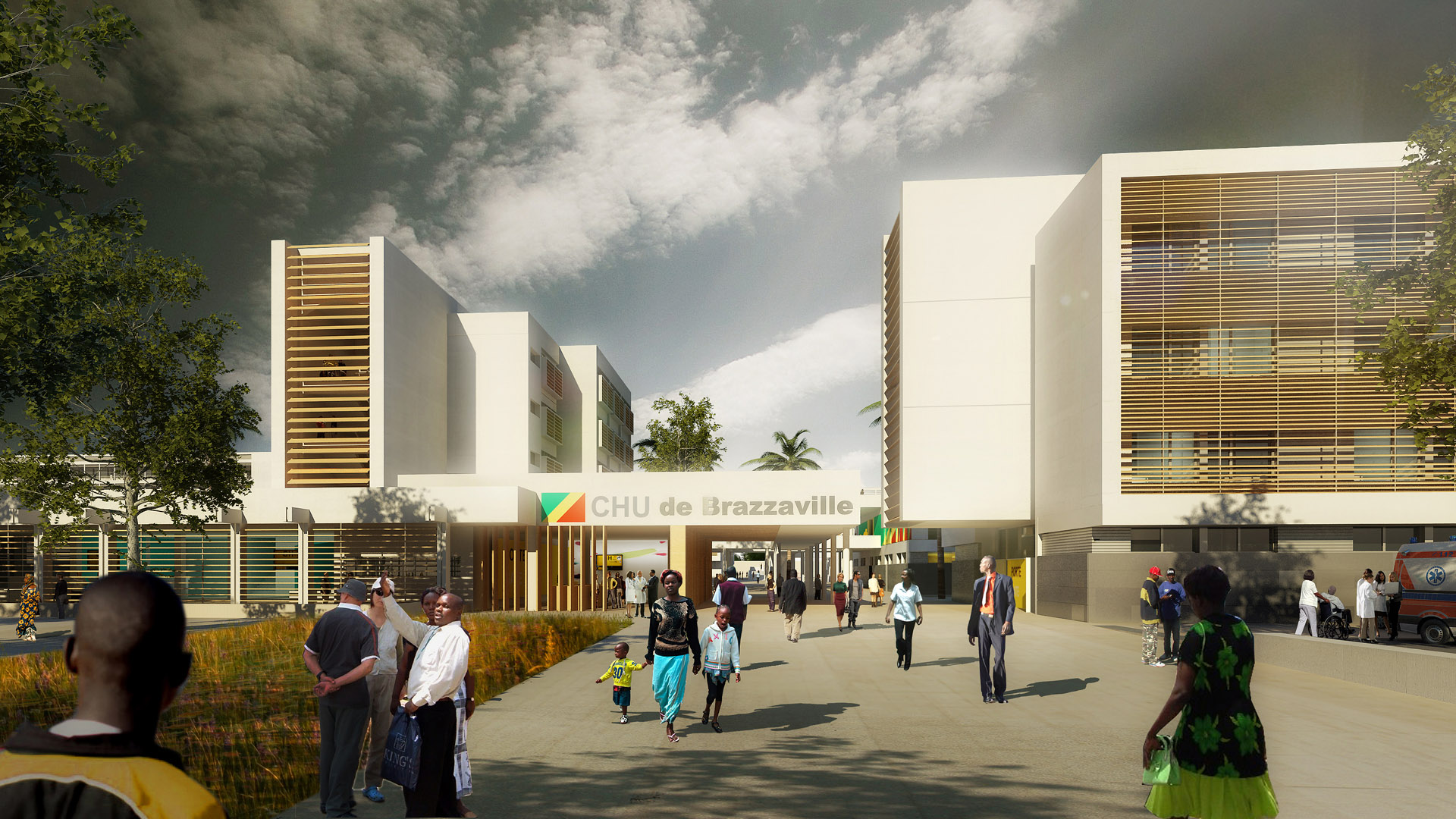 An important development of the Brazzaville University Hospital and the unsuitability of a large number of its premises is now leading to the extension and partial restructuring of its walls. Building in the building - with all the spatial and technical complexity that this entails - also requires a clear architectural positioning in relation to the existing environment.

The approach we have chosen is to respect the building with a certain contextual simplicity. Rather than imposing a new formal style, we preferred to integrate it and establish a respectful dialogue between the existing building and its new extension. As the general volume is strongly influenced by the functional requirements of hospital activity, we have chosen to respect, as far as possible, the templates of existing buildings and to find a certain coherence in the general layout and functioning of the buildings.

The principle adopted is to extend the existing hospital to the East and to maintain the position of the logistics area to the North, at the back of the site. The creation of separate entries for patients/visitors and logistical flows then allows these two parts to be functionally isolated.